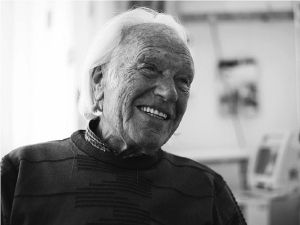 A comprehensive reference to the castings of Edoardo Villa. Short Biography: Edoardo Villa was born in 31 May 1915 in Bergamo, Italy. Here he studied at the Andrea Fortini Art School under Minotti, Barbieri and Lodi, his studies brought hime to cities like Milan and Rome. In 1939 Edoardo Villa was conscripted into the Italian Army and wounded in Egypt at the battle of Sidi Barrani during the Second World War in 1940. Villa was taken prisoner and was subsequently brought to South Africa as a prisoner of war and interned at the Zonderwater Prisoner of War (POW) Camp near Pretoria. Villa was released in 1947 and remained in South Africa where he practised his art as a sculptor. Villa adopted his new country and became one of the most noted and accomplished abstract sculptors of his time. In 1995, Villa married Claire Zafirakou who was his companion until she passed away in November 2010. Edoardo Villa lived in Johannesburg until his death on 1 May 2011.